The Basics of How Light Happens

Light is all around us, and that is a good thing. We need it to see what we are doing.

Despite how necessary it is, though, many of us think very little about it. You flip your light switch and light floods a room, making everything from furniture to dust bunnies visible. But what is it, really? What are you getting when you flip that switch?

Light is a type of energy made of photons. These photons travel in a wave-like pattern, and if the waves are between 380 and 780 nanometers long, you experience them as visible light.

These waves travel in straight lines until they hit a surface. Then the waves can either reflect off, get absorbed by, or transmit through the material it hits.

Smooth, shiny surfaces reflect light in a straight line. Rough, shiny surfaces scatter the light so it bounces back at all angles. A dark or opaque surface will suck up the light and turn it into heat.
Clear materials such as water let a lot of light pass through so that the material becomes transparent.

Visible light gets its color from its wavelength. Blue, for instance, has a wavelength of 450 to 495 nanometers. Red has longer waves.

White light comes from a blend of many wavelengths. This is why some white lights seem warmer than others. They have more red wavelengths in them.

You may have noticed that you can make surfaces change their color by changing lighting. This is because our perception of color depends on a material reflecting one wavelength while absorbing others. A blue surface reflects the blue wavelength back at us, so a white light with a lot of blue waves to bounce off the surface will make it look very blue. A light with no blue waves will just be absorbed into the material, which will then look greyish.

How to Make Light

There are a lot of ways to get a material to emit photons. Your home and office lighting uses one or more of these methods.

One method is incandescence. Most materials produce photons if you get them hot enough. That's how a traditional incandescent bulb works: it has a wire of tungsten that gets heated to 2300 Celsius, which then glows white.

Other lights are made by creating chemical reactions. Glow sticks, for instance, glow when a vial of hydrogen peroxide is broken and lets the liquid mix with phenyl oxalate ester and a fluorescent dye.

Fluorescent lamps create their light by mixing radiation from mercury gas with fluorescent compounds, called phosphors, on the inner surface of the discharge tube. The phosphors turn the radiation into visible light.

Sodium lamps and other gas discharge lights run an electric current through a gas. The gas atoms move into a higher energy level from bumping into the electrons in the electric current, and when
they slow down, they release energy that causes the bulb to glow.

LEDs do something similar with solid state materials. Electrons excite atoms as they change orbits in the atoms, and the atoms release their extra energy when they return to their normal energy level.

The ways that your type of lamp produces light affects your environment. Some bulbs make for a better ambiance or make working easier. Choosing the right one for your situation is complicated, but Lighting Services, Inc. can help. Contact us if you want to know more. 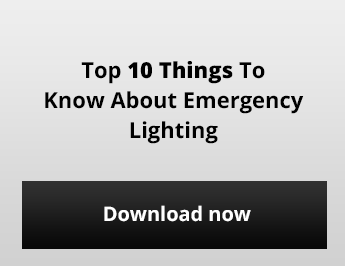